Last week I walked you through Eye of Azshara. This week we're going to look at the new dungeon, Return to Karazhan. Specifically, I'm going to guide you on how to do a run to unlock the secret boss, Nightbane.

Nightbane is unlocked by clicking these soul fragments within a time limit. When you first zone in and open the door you'll get an emote, and you have 8 minutes remaining to click your first crystal which will give you a buff that lasts 6 minutes. Each crystal after that will extend this buff by 6 minutes and your goal is to get 5 stacks of the buff and go talk to medivh(he's near where you first zone in, on a balcony to the left) Once you defeat Nightbane one of the lucky member will receive a mount.

Alright, so let's start this walk through, when you zone in, you're going to want to head immediately right and kill the one ghost. Head up the stairs and take a right, pull both trash packs together. You're going to want to coordinate stuns for these mobs and dodge anything on the ground. You'' head down the ramp and go left. I like pulling all of this trash to the next boss's room and starting the RP while we AoE it down.(again use stuns here) We're going to fight our first boss! 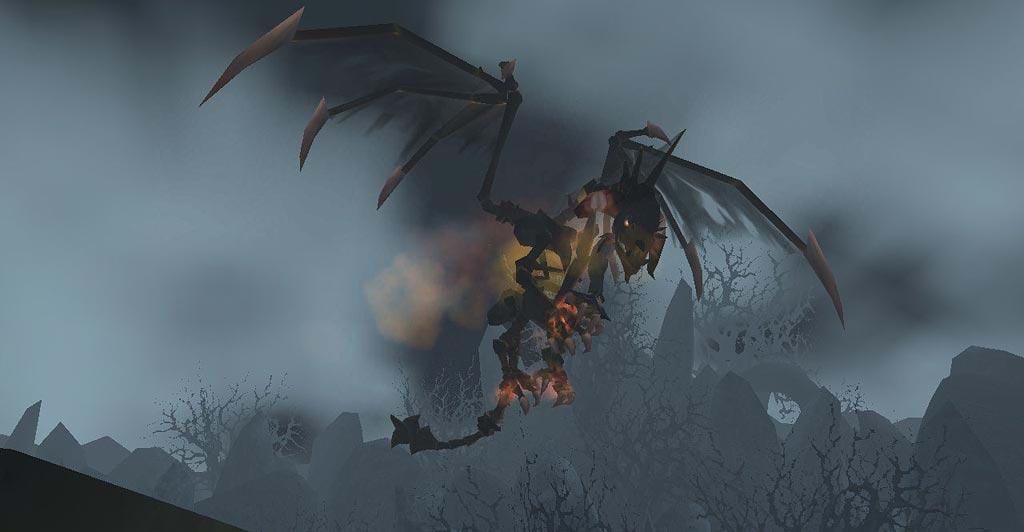 This boss changes from week to week. I suggest asking before starting the run which boss is up this week. Read the dungeon guide to figure out the mechanics and you should be good to go. All of these bosses are very straight forward and a quick glance will be more than enough to remember what to do.

After you finish opera there's going to be a bunch of trash in the next room,backstage, similar to the ones you fought before. Again, stuns avoid things on the ground. There's some cool NPCs chilling out here including the big bad wolf who will emote if you talk to him. Once you leave backstage you'll be in the seating area and you'll have to kill all those poor people who had to watch your play. Watch out when they cast flashlight and turn away! You will see a crystal in the front of the room you'll want to click after clearing the room. Have one player assigned to click crystals. Once you click this crystal(if you clicked it within 8 minutes of starting) you'll get a buff that lasts 6 minutes.

We're going to start heading towards Maiden next. Just keep clearing trash, this trash isn't hard so you can do pretty big pulls. We won't need to kill maiden just need to clear the last room on the left and click the crystal. Once the crystal is clicked back track to the previous room, we're going to go kill Moroes. Head back to the room you were previously in and you're going to jump down off the balcony into moroes room. I suggest clearly all the trash here and picking up the traps before engaging.

I like lusting and popping all of our cooldowns here and AoEing all them down. If youre group is a little undergeared I suggest trapping one or two mobs on the pull. The boss fights is really simple, just kill all the adds while ccings/interrupting them, then kill moroes. All moroes does is garotte on random people that just needs to be healed through. Once he's dead make sure you pick-up his keys! Also make sure you click the crystal, it'll fall down wherever he dies.

You'll be heading towards the room closest to where you jumped down. Pull mobs towards the right side as we will be heading down the stairs. Once the mobs are dead and you reached the bottom of the stairs we'll be heading left towards the spider room. These spiders can do a lot of damage, make sure they're tanked facing away from the group. I pull these kind of slow compared to others. Just keep clearing spiders and you'll eventually find a crystal and a portal. Make sure you click the crystal before you take the portal

The portal will lead you back to where we start, but the time we have keys! Head left and kill some ghosts and then up the ramp. The door should be open and we will head up a long staircase type thing that has a bunch more of these ghosts. Pull these 2 or 3 at a time. Once you get upstairs you'll hug the left side and pull one of the golems on the side and the one up top. The next room is Curator's room. He'll be patting back and forth. You'll want t clear his trash one or two packs at a time. If the boss is in an unfavorable position you can always pull him outside the room and reset him. Once all the trash is cleared you'll fight the last boss for this timer, Curator.

You'll want to pull this guy towards the back of the room. Make sure you loosely spread and try put puddles away from the direction you'll be dragging the boss(everyone gets one every time he does the ability) Save cooldowns and lust for when he goes to his evocation phase(when his mana bar is fully depleted) The highest priority here is killing the little sparks he kills every time they're up. If you don't kill him during the first evocation just repeat the process.

After curator is dead you'll click on your last crystal! After you get the buff you'll have 5 minutes to travel back down the stairs and onto the terrace I was talking about earlier. Medivh will be waiting for you, talk to him and he will summon Nightbane. Congratulations! You beat the timer, and now you're onto the hard part, the last boss!

This boss has 3 phases, for the first phase you're going to want to pull the boss to one side of the room, make sure you're taking him facing the wall since he does have a tail swipe. He'll drop these fire patches and you'll slowly have to move the boss away from them. These fire patch are used for another mechanic called Ignite Soul. Ignite Soul is a debuff which causes the player to hit everyone else in the group for x amount of damage, where x is your remaining HP when the debuff runs out (stand in the ground AoE to lower your HP). Once Nightbane hits 50% he'll fly into the air and phase 2 will begin. A big skeleton add will spawn and he will put a stacking debuff on the group that we will have to deal with for the rest of the fight. I like using cooldowns and lust on the add to limit this debuff. Once the add dies we'll enter phase 3, which is the same as phase 1 but there's also a fear you have to deal with. As long as you deal with ignite soul correctly, this boss fight isn't too hard, but that debuff can really ruin your group. Once nightbane is defeated one of you lucky people will get the mount! Congrats!

If you're not able to do this run yourself, or you would like to see how easily we do it go visit our shop We will gladly get this mount for you! Just remember supply is limited so make sure you order ASAP! Hope this was helpful, remember to leave any questions in the comments below!