Mythic Plus - Affixes, Dungeons in Legion 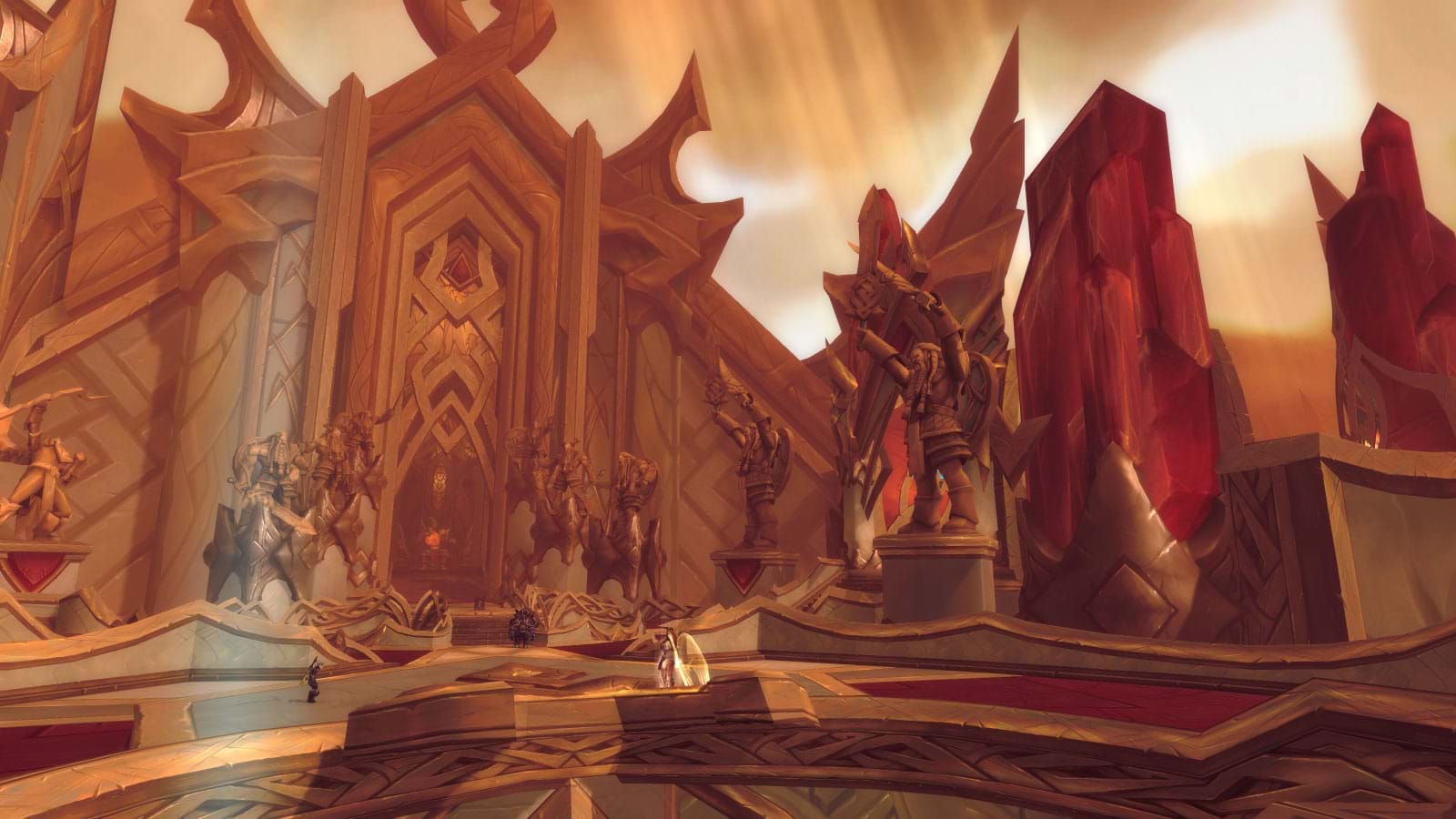 With the release of Legion, the cutting edge for five man content has changed completely. We are shifting from a system called challenge mode to a new system called mythic plus. Challenge modes originally came out in Mists of Pandaria. This was a new system that capped your item level and forced you to do timed runes in order to achieve cosmetic rewards in class transmog sets. Warlords took this same system and offered different cosmetic rewards, this time weapons. Legion takes this same concept, challenging five man content with a timer, and expands upon it. No longer is there an artificial cap on your item level, these dungeons, which are referred to as mythic plus, will scale indefinitely, think of Greater Rifts in Diablo style. There is still cosmetic rewards in Artifact Weapon transmogs, but on top of that, you can also receive some of the best loot in the game by completing these dungeons and acquiring the chests at the end. This breathes a whole new wave of life into cutting edge five man content.

So how else have they changed these five mans? Well, you don’t really choose which dungeon you do anymore.This new system uses a thing called keystones.(Remember when I said think Diablo’s Greater Rifts?) Your first keystone is acquired through your first regular mythic dungeon, which is effectively mythic plus 1 now. These keystones are tied to a random specific dungeon and start at mythic plus 2. An example of this would be: Halls of Valor: Rank two which would mean your keystone will be plugged into Halls of Valor dungeon and you’d start at rank two difficulty. Your keystone keeps upgrading as long as you beat the timer. You get loot for every level you complete or skip, you skip levels by clearing in a certain amount of time based on dungeon. Every level of difficulty increase the damage of all mobs and bosses inside the dungeon by different percentages. Ranks four, seven, and ten add new affixes. These affixes change weekly and significantly increase the difficulty of the dungeons.

Let's take a look at the affixes that modify mythic plus dungeons:

At level 7 (7-9 will contain one of these affixes, plus the previous level affix depending on the week) 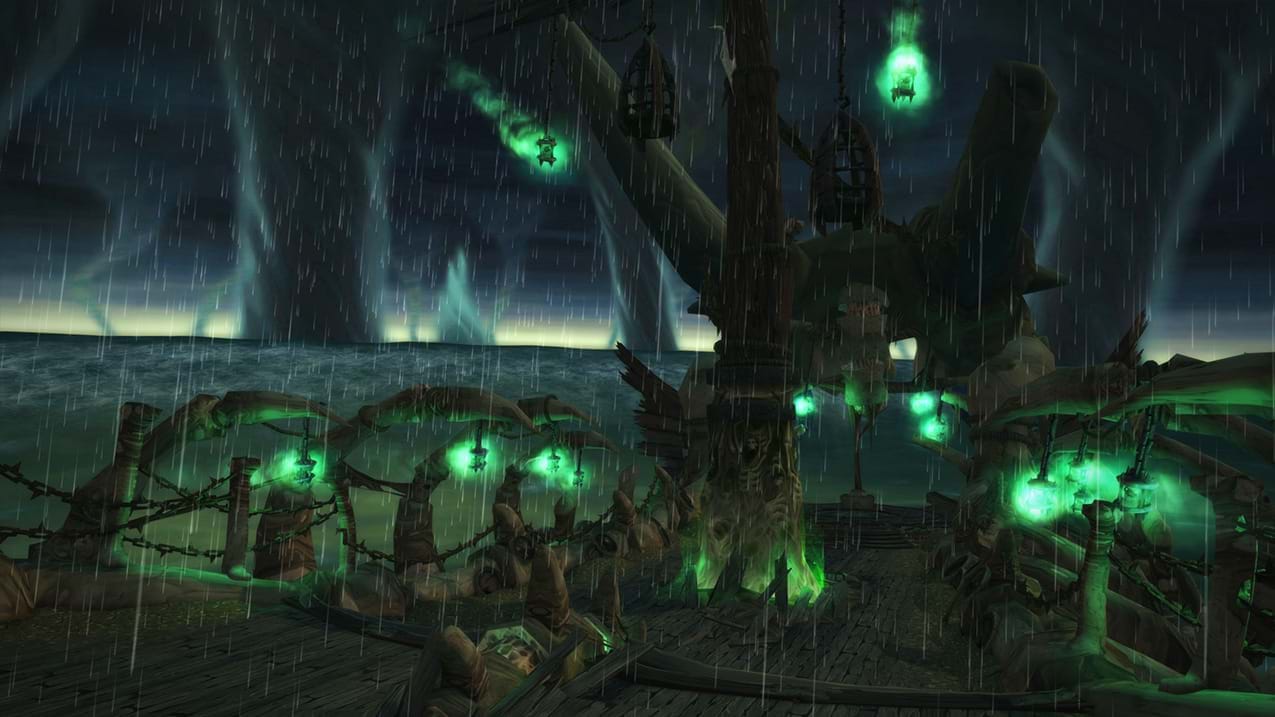 At level 10 (Will contain one of these affixes, plus the two previous affixes)

Dealing with these affixes will create a challenging dynamic. Some of the combination can be extremely brutal(Raging, Necrotic, Fortified). Tyrannical alone can be pretty brutal on the higher levels since bosses will come close to one shotting players with AoEs without a cooldown. Players will have to adapt weekly to the new affixes. This will create new fresh content from week to week, and only the most diligent of groups will be able to counter these changes every weekly. Experience in these dungeons will be vital to success, especially, if you have any hopes of mythic plus boosts. Obviously, some weeks will be much harder than others it will be up to the players to adapt to each mythic plus dungeon. In the future I will write about ways to counter some of these mythic plus combinations.

So what kind of rewards can you expect from mythic plus? The only cosmetic reward is at mythic plus 15, it’s a skin for your artifact.(Artifacts are the new weapons introduced in Legion). These will not only be very rare, but a lot of them look really cool and unique. If you’re a collector of cool things, this is something you will definitely be after. Mythic plus 15 is very challenging, I currently don’t know anyone on beta who completed a mythic plus 15 without using an exploit. Don’t be scared though, there’s rewards besides mythic plus 15. Every mythic plus level you complete you will get a chest. The chest is based off the levels you completed and how far your keystone upgraded(If you are quick enough your keystone can go from say 2 to 5). The gear in these chests are based on level. Mythic plus 2-3 reward 845 gear, 4-5 reward 850, 6-7 reward 855, 8,9 reward 860, and 10+ reward 865. This gear can roll warforged, socket, and even thunderforge up to 895. Additionally, every week reset there will be a chest in your order hall that gives you an additional piece of loot. This piece of loot will be 15 ilvl higher then the highest dungeon level you cleared the previous week. (For example if you clear a 10, that 865 cap will give you a piece of 880 gear!) The amount of loot you get from mythic+ dungeons make it one of the best way to gear up new characters and even main characters. The chests at the end of each dungeon are all personal loot, however, you can trade gear between players thanks to the new personal loot system blizzard implemented.

What classes are strong for mythic plus? Luckily, from my experiences on the beta, blizzard did a pretty good job with balance this time round. There’s definitely classes that are stronger than others, but I was able to run just about every difficulty with just about every class. The tank classes I’ve found the strongest and most useful were Demon Hunter and Death Knight. They bring a lot of utility and damage to the group, things like grip and silences are hard to replace. I’ve seen groups with Warriors and Druids pushing high level also. Druids and Warriors are def more stable for damage in-take, what they lack in some of the utility they make-up for by just being rocks. I’ve even seen groups pushing with monk and paladin, though I believe these classes are a little worse at the higher levels at the moment.

For Healers, Druids and Shamans are definitely the best. Druids have great ST healing while passively healing the group and the 10% hp buff from shaman can be huge on some of the abilities that literally one shot groups. Both of these healers bring great utility. Paladins and Holy priests are also really strong and I can see them easily substituting for the above healers. Monks are a little weaker and discipline is going to really struggle with higher mythic plus levels.

There’s a lot of viable dps classes. Classes with stuns, great aoe, and good st cooldowns are going to be the strongest(Windwalker, Havoc, Warriors, Hunters, Enhancement) But you dont need 3 stuns, so there’s plenty of other classes with great aoe and single target that will still be strong.(Fire, Outlaw, Affliction, etc). Even classes that would normally have no AoE can still be very strong during Tyrannical Weeks when boss damage is one of the most important things.(Spriest, Assassination, Sub, etc.) Generally, when looking for DPS, you’ll be going after the most geared players over “the perfect” comp like previously. I’m sure this will change over-time, but in the beginning this will be the best approach.

So how do you get into mythic plus groups? The best advice I can give you is making sure you get some decent ilevel in the weeks leading up to mythic plus release.(Mythic plus will release September 20th in the US, same with normal/heroic raids) Everyone and their mother will be running mythic plus the first few weeks. Use this time to get into groups, make some friends, and maybe you guys can push some higher mythic plus levels together.